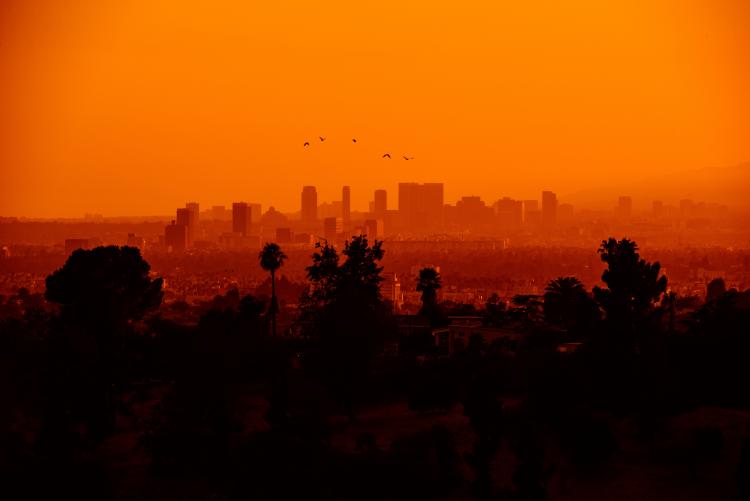 In the wake of the Camp Fire in Paradise, California, the state's northern areas saw pollution levels that surpassed those in China and India — two of the most polluted nations in the world.

Despite these dips in air quality, a recent report from IQAir, a global air quality database, found that average pollution levels in the US met the World Health Organization's standards for healthy air in 2018. But a few individual cities struggled to hit the same target.

The report listed dozens of US cities with "moderate" air quality, which could cause respiratory problems for sensitive individuals (e.g. children, older adults, or people with lung or heart disease) performing outdoor activities. Other cities showed pollution levels that fell just short of the WHO threshold.

Since these cities were often located in the same metropolitan area, we distilled the report's data to include only large metros (those with at least one million residents).

Take a look at the eight metropolitan areas with the worst levels of air pollution in the US.

Sacramento had the worst air pollution of any major city on earth in November.

For a brief time in November, Sacramento had the worst air pollutionof any major city on earth due to the Camp Fire blaze. The city's air quality has since improved, but it has taken a while for the smoke to lift.

Los Angeles is also struggling to recover from the California wildfire season.

Even before the 2018 Camp Fire, Los Angeles suffered from a lengthy streak of air pollution. From June 19 to September 14, the city saw not one day of clean air, representing the longest consecutive period of bad air quality in at least two decades.

The November wildfires piled on top of this pollution, though not all areas saw the same levels. Cities like Riverside and Long Beach ranked particularly high on the IQAir list for 2018.

In 2018, San Francisco's air quality reached levels that could cause coughing and irritation.

In November, San Francisco's air quality reached levels that could cause eye, nose, and throat irritation and respiratory problems for the general public — and particularly among sensitive groups. This was also the case for Bay Area cities like Stockton, Oakland, and San Jose.

By December, the average air quality in the Bay Area bounced back to meet WHO's threshold for clean air.

In their report, the Lung Association cited the earth's warming temperatures as one of the reasons why California air quality has declined. As global warming takes effect, it has the potential toincrease ground-level ozone, which can harm the environment.

Cincinnati, Ohio suffers from particle pollution, which is often produced by construction sites and automobiles.

Unlike major California cities, Cincinnati's air pollution was considered "satisfactory" in 2018, meaning it posed little to no risk to human health.

That said, Cincinnati is still one of the most polluted cities in the US due to its year-round particle pollution, which comes from construction sites, unpaved roads, automobiles, and power plants.

Indianapolis' industrial roots have wreaked havoc on its air quality, though the city still claimed "satisfactory" pollution levels in 2018.

Like Cincinnati, Indianapolis can attribute its dirty air to things like vehicle traffic and coal-fired power plants.

Pittsburgh, Pennsylvania was just shy of WHO's clean air threshold.

Pittsburgh's air quality just missed WHO's clear air threshold in 2018, after previously meeting the requirements in 2017.

Traffic congestion in Boston, Massachusetts could be polluting the air.

Boston is the last major US city to fall short of WHO's clean air threshold in 2018. Around 10% of the city's adults and 13% of its children have asthma — the fourth highest prevalence of any city in the country.

In the past, environmental experts have attributed the city's poor air quality to increased traffic congestion. A 2018 report found that Boston had the worst rush-hour traffic of any city in the US.

Photo by Josh Rose on Unsplash