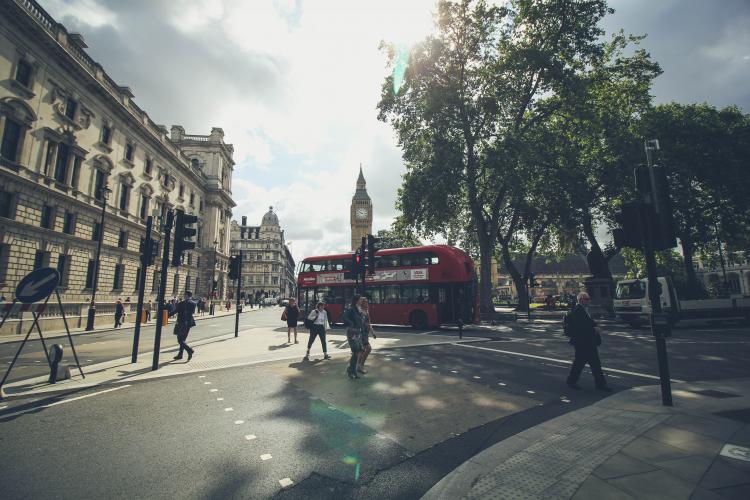 Almost 2,000 locations across the England, Wales and Northern Ireland have levels of air pollution that exceed safety limits, according to a pollution mapreleased by campaigners.

In 2017, the worst location for nitrogen dioxide pollution was Kensington and Chelsea, followed by Leeds and Doncaster.

Nitrogen dioxide (NO2) is one of the most harmful pollutant gases, irritating the lungs and potentially causing breathing difficulties. Road traffic is a leading source.

On Tuesday the mayor of London issued a high pollution alert for the capital as people across the UK basked in the unseasonably warm February weather. It was the first alert since last July, towards the end of a long heatwave and dry spell.

Traffic and other emissions from local sources were mainly to blame for this week’s dirty air, with only light winds to disperse them and air from the continent bringing further pollutants.

In April the first ultra-low emission zone will come into force in central London. The scheme is expected to cut harmful emissions by as much as 45%, according to the mayor’s office.

The Department for Environment, Food and Rural Affairs said high levels of particulate matter in the air were also recorded in the past few days in the East and West Midlands. Other regions were also expected to experience localised pollution in hotspots, carrying on at least into Wednesday.

The new map of nitrogen dioxide pollution limit breaches for recent years shows that Earl’s Court station in London was worst overall, with a recording of 129.5 micrograms per cubic metre, compared with the 40μg/m3 limit set out in the government’s air quality objectives.

A monitoring station near the Ikea store in Brent, north London, recorded levels slightly above 100μg/m3 in 2016, while Kensington High Street, Euston Road and Strand in central London were all above 90μg/m3 in 2017.

Air near Neville Street in Leeds was found to be just under the 100μg/m3 level, closely followed by two locations in Hickleton, Doncaster. Other hotspots included Brighton, Sheffield and Coventry, where the levels on Holyhead Road were found to be near twice the advised limit, at about 76μg/m3 in 2016.

Friends of the Earth, which mapped the sites and collated the data, said it was further evidence of the dire air quality across the country as a result of burgeoning traffic emissions and poor government controls on emissions sources. The group called for tougher action by ministers.

Simon Bowens, a clean air campaigner at FoE, said: “It’s unforgivable that across the UK there are nearly 2,000 locations over air quality limits, leaving millions of us breathing dangerously polluted air. The government needs to step up and do more to help deal with this air pollution crisis. They can’t just carry on leaving the difficult decisions with local authorities, many of which are severely under-resourced.”

He said the map showed that air pollution was not just a problem for big cities. “Unacceptably toxic air can be found across much of the UK, even in smaller towns,” he said. “It is harming the health of people across the country and is especially bad for young children whose lungs are still developing.”

Air pollution is known to shorten lives and reduce the quality of life for tens of thousands of people, and in recent studies it has also been linked to health problems from dementia to heart disease and miscarriage. Children are most at risk: exposure to air pollution when young can have lifelong effects as it can stunt the lungs and affect intelligence.

A fresh inquest into the death of Ella Kissi-Debrah, a nine-year-old from south London, is expected to be asked to consider whether her death six years ago from an asthma-related seizure could have been linked to high levels of air pollution.

The data used for the map was taken from the most recent annual air quality status reports that have been submitted to government, most of them from last year, with the results adjusted for distance and other factors.

Photo by Tamara Menzi on Unsplash