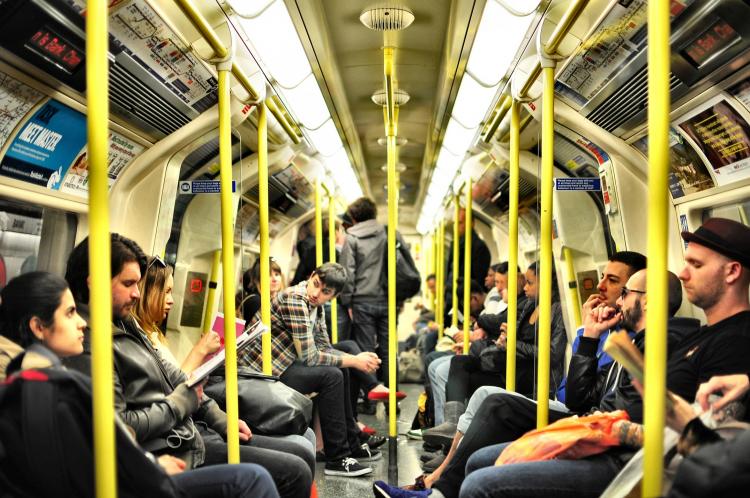 Spending an hour on the London Underground is the equivalent to spending a day next to a busy road, according to a study.

The report by the Committee on the Medical Effects of Air Pollutants was published on January 9 and is the first study on air pollution on the Underground carried out since 2003.

It found that the Northern line was among the most polluted sections of the network due to its depth.

Latest figures found that on sections of the line, one of the deepest in the network, the air quality was five times over the level deemed healthy by the Air Quality Index.

Using data from the London Travel Demand survey, the study found that the majority of people aged between 30-59 spent roughly 60 minutes on the underground.

During that time, the exposure to harmful particle PM 2.5 is the equivalent of spending 24 hours next to a busy road.

PM 2.5 particles are found in dust and can trigger or worsen respiratory problems such as asthma and bronchitis.

Taking the same journey by bus would expose a person to a third of what they would normally be exposed to on the London underground.

The report said: “We cannot, rule out the possibility that there is a health risk from exposure to underground PM.

However it backs up the 2003 report which found that "we do not think the travelling public is at any serious or substantial risk from travelling underground."

It comes after the Mayor of London’s office expressed concern about air quality underground in 2017, as part of the Mayor’s focus on air quality in the capital.

Peter McNaught, Director of Asset Operations at TfL said: “It is vital that we operate with the very latest understanding of the risks arising from particles in the air, which is why we commissioned COMEAP to undertake this research.

"Although the report emphasises further monitoring and research is needed, it is an important contribution to the study of health effects associated with dust exposure.”

“We are committed to maintaining the cleanest air possible for our staff and customers when using the Tube.

"We closely monitor dust levels on the Tube and, through a wide range of measures, ensure that particle levels are well within Health & Safety Executive guidelines.

"We have already enhanced our sampling regime by including tests for additional metals and we will continue to investigate ways we can keep dust and particles to an absolute minimum.”

Via One hour on the Tube as toxic as spending a whole day by busy road, air pollution report warns