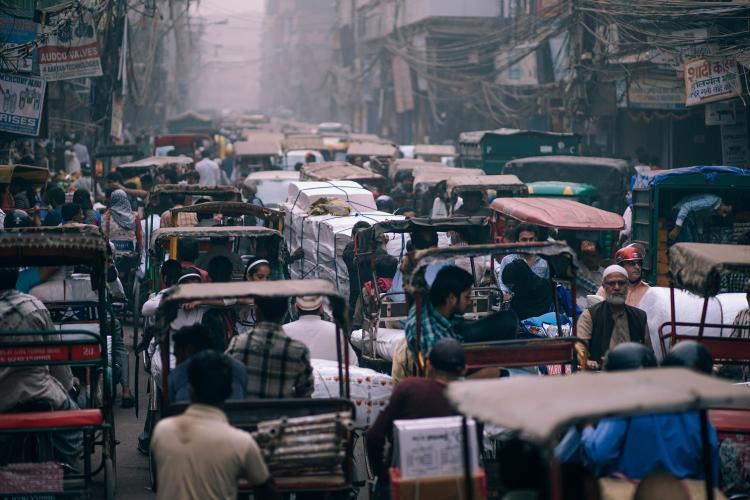 Dr. Arvind Kumar is a surgeon at Sir Ganga Ram Hospital in New Delhi and a founder of the Lung Care Foundation.

As a chest surgeon who has been operating on lungs since 1988, I am pained to say that it is time to call India’s deadly pollution crisis a public health emergency.

Over the years, I have witnessed a change in the color of patients’ lungs from pink to black. It is a rarity for me to see a normal pink lung in any adult patient today. In essence, there are no nonsmokers in India, given our wretchedly polluted air. Newborns in many of our cities become “smokers” from their very first breath.

Business leaders and government officials gathering here for the World Sustainable Development Summit this week must face this reality: India’s development is anything but sustainable. An unhealthy population cannot build a strong nation. The government must declare an emergency and swiftly enact transformational change in policies regarding energy and transportation, the two main contributors to air pollution.

The science demands it. A recent study by the Lung Care Foundation on the air in New Delhi and an adjoining city revealed shockingly high levels of manganese, lead, nickel, barium, silicon and iron. And while New Delhi has attracted the most attention, the problem of air pollution is pan-India, with hardly any city in the country coming anywhere close to World Health Organization standards, except on a few days of continuous rain.

Breathing such highly polluted air has deadly health consequences. Toxins in polluted air (particulate matter, gases and other chemicals) are taken in through the lungs, and then many pass into the lung membrane, enter blood circulation and eventually reach every organ in the body. They can also get lodged in the placenta and potentially affect an unborn baby. While lungs bear the brunt of the attack, blood vessels, the brain, the heart and other organs are also badly affected.

Such exposure can lead to chronic diseases. Breathing toxic air is directly responsible for the rise of asthma among Indian schoolchildren to as high as 25 percent. Well more than a million deaths in India in 2017 are reportedly due to air pollution. Pulmonologists across the country are reporting a rise in asthma and chronic obstructive pulmonary disease.

Even more disturbing is the change in lung cancer patterns I’ve witnessed over the past three decades: an overall increase, a higher occurrence in younger people and a high incidence among nonsmokers. I’ve seen young people who’ve never smoked come in with stage four lung cancer — robbed of their lives because of the inaction of their elders.

A major challenge is the lack of awareness. Indians know that pollution is bad for them and their children, but many do not understand the extent to which the damage carries in the body, with brutal effects. This lack of awareness leads to apathy. Thus, doctors must educate patients and not just after they’ve been diagnosed with a pollution-related disease.

That is why, in December, I joined a team of doctors to help launch Doctors for Clean Air, a collaboration between the Lung Care Foundation, Health Care Without Harm and Every Breath Matters (the campaign launched by Christiana Figueres, an architect of the Paris climate agreement). More than 40 doctors, representing all of India’s states, and senior officials from 12 national medical associations, representing more than 150,000 specialist doctors, committed themselves to fight for clean air as a fundamental right. Our aim is to help raise awareness and force action.

But, of course, we doctors cannot do it alone. If India’s government declared a public health emergency, it would increase awareness and safety measures among the public. The emergency declaration should come with clear guidelines for the public regarding when to avoid outdoor activity and when to keep children indoors. Such a declaration would also add heavy public pressure on government officials to clean up India’s air.

We know that stringent air pollution control measures work — they have effectively cleaned the air of many developed countries. In contrast, in low- and middle-income countries, 98 percent of all children under 5 live in areas where air pollution levels exceed the World Health Organization’s guidelines. India is among the worst affected countries, with 14 of the 15 most polluted cities in the world in 2016.

Fossil fuels have brought us to this pathetic state. It is time for the human race to keep fossil fuels in the ground and shift completely to the abundant and clean aboveground sources of energy such as sun, water and wind. This is the only way to ensure the gift of clean air to our children. Our future depends on it.

Via I'm a chest surgeon in India. It's clear that pollution is a health emergency