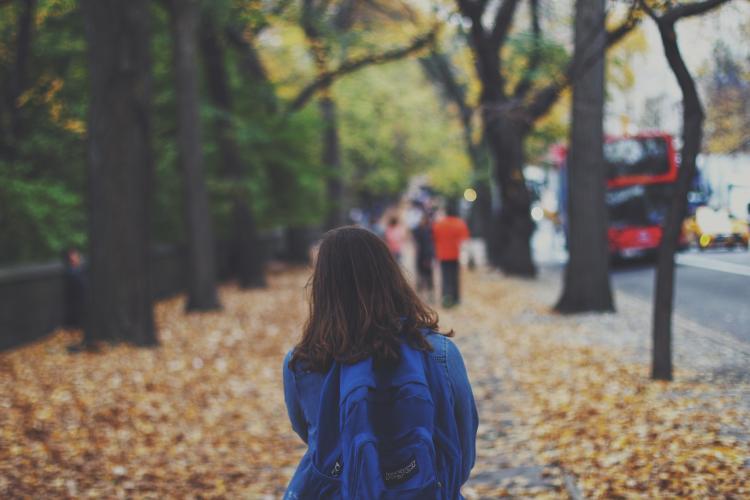 A scientist who has studied the link between air pollution and Alzheimer's has suggested that building special hedges near schools could protect children from dangerous airborne particles that may cause the disease.

Maher explored the link between those particles and Alzheimer's disease in a research paper published in 2016. She found that when we inhale these particles, they travel through our nerve cells and can end up "sitting on the brain."

She told The Current's Anna Maria Tremonti that planting trees with hairy, rough leaves in the formation of hedges — what she has dubbed "tredges" — near the roadside, can reduce the number of dangerous, ultrafine particles people are exposed to by 50 to 60 per cent.

She's experimenting with the idea at four Manchester schools for children under the age of 11. Some of those children spend all day in a building next to a six-lane highway, she said.

It's a dangerous age for children to be exposed to particles in polluted air, because "their brains are still developing," she added.

Maher's work, and the issue of how bad air pollution really is for us, is explored in the new CBC documentary Something in the Air.

Maher also cited researchers in California who are studying the impacts of ultrafine particles on mice. They found a significant decrease in their cognitive function after just three to four months.

"To see that damage being done within the space of weeks, not years, it's a very interesting and frightening finding," said Maher, who is hoping to extend her research into similar studies.

"I always say it's better that these particles are deposited on a leaf than deposited into your brain," said Maher, who calls today's pollution the equivalent of deadly smog that affected London in the 1950s, leading to thousands of deaths.

Urban design could help us all breathe easier

Urban design — including adding more trees to public spaces — could help reduce our exposure to harmful air pollution, according to Marianne Hatzopoulou, Canada Research Chair in transportation and air quality at the University of Toronto.

"We don't plan our urban areas by keeping air pollution in mind ... it's just not part of the planning process," Hatzopoulou told Tremonti.

But by better understanding how pollution is concentrated in different parts of a city, for example around a highway, we can avoid development in those areas, she said.

There is a "chicken and egg problem," whereby cities create the most pollution, but also hold the key to reducing it, Hatzopoulou said.

"We don't ... want to promote the message that dense, mixed-use cities are bad for you, because densification of cities is what promotes walking, and cycling, and sustainable, pollution-free modes of transportation," she said.

Via How some trees could protect kids from air pollution linked to Alzheimer's: scientist

Photo by Jake Ingle on Unsplash