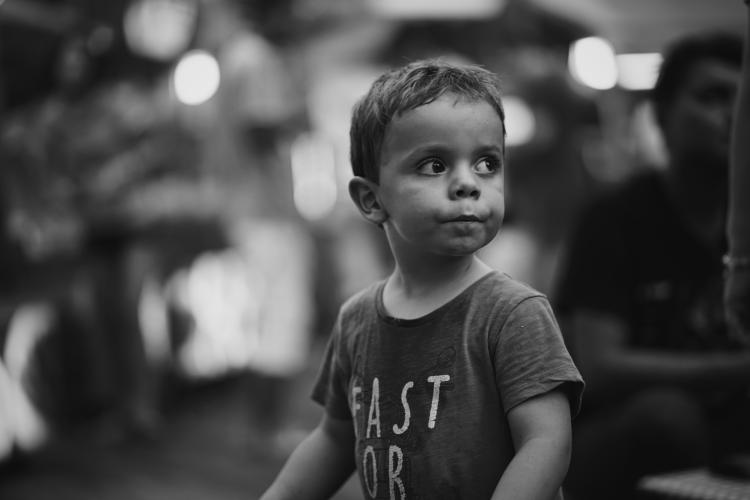 "The family of a nine-year-old girl who died from asthma has been given permission to apply for a fresh inquest into her death. It comes after the government's chief lawyer heard new evidence her death could be linked to unlawful levels of air pollution. Ella Kissi-Debrah lived close to one of London's busiest roads... She was subsequently admitted to hospital 27 times over three years. Many of these coincided with recorded peaks in air pollution. Her mother said she had resuscitated Ella between 20 and 30 times while waiting for an ambulance. She said that Ella had been treated in five separate hospitals but no medical professional had ever explained that air pollution could be making her asthma worse."

We want what’s best for our children, and as a parent, we’ll do anything to protect them. So why do we allow children to breathe in toxic air, damaging their fragile lungs, and making them vulnerable to a whole host of diseases and illnesses that will affect them later in life?

Some effects of air pollution are immediate. The irritation poor air quality causes leads to coughing, wheezing, bronchitis, sinusitis and upper respiratory tract infections. If your child develops a cough, or cold like symptoms it’s possible they could be suffering from the effects of air pollution. Breathing in polluted air can cause your child to become more susceptible to colds and viruses being passed around, as inhalation of some pollutants causes abrasion which irritates and wounds the airways. This leaves the body unprotected and open to infection, triggering the body’s immune system to produce mucus and phlegm in a vain attempt to protect the air passages and clear out any foreign bodies. As parents we may have ‘thicker skin’ than our children, but we are still very susceptible to pollution-produced internal scarring. Our children, however, have much softer body tissue and are therefore capable of developing an illness after being exposed to far lower levels of air pollution. Not only does this lead to more frequent visits to the doctor, but it also has a significant impact on your child’s development, and can cause significant complications later in life.

Once contaminants enter the lungs and are absorbed into the bloodstream, chemicals, particles, and heavy metals are transported around the body, and deposited on blood vessel walls. If the particles are not absorbed through the vessel wall, it is likely they will build up to restrict the flow of blood, increasing blood pressure, and becoming a major contributor to coronary artery disease. If the pollutants are instead absorbed through the vessel wall, then they can be deposited in surrounding tissues and organs. Wherever particles and chemicals are deposited, they infect the cells around them, stimulating the growth of cancers and development of other fatal diseases. Air pollution has been proved to be a causal factor of mental illness and Alzheimer’s disease due to this very phenomena. As parents, our first thoughts are how to protect our children, and our second thoughts are how to ensure we give them the best start in life. Since over 95% of the world’s population does not have access to clean air, the health problems our children will face, as a consequence of breathing in pollution throughout their childhood, will be severe.

Air pollution only makes headlines, or is brought to most people’s attention, when it becomes visible. There are a range of different types of pollutants that reduce our air quality, but it is predominantly particles suspended in the air that we can see as visible air pollution. A haze appears because we can’t see through the solid particles, and visibility is also impaired by suspended liquid droplets that make up particulate matter air pollution. Particulate Matter is known as PM10 and PM2.5 – ‘PM’ stands for Particulate Matter, and the number that follows describes the size of the particles in micrometres. The smaller the number, the worse the particles are for you and your child’s health, because they are able to pass into our bodies much easier than the larger particles, and can travel to more remote tissues and organs.

Aside from particulate matter, there are a number of other pollutants that are invisible to us, but are equally, if not more, dangerous. Sulphur Dioxide is a colourless gas created as a by-product of burning fossil fuels, and associated with industrial processes. Presence of Sulphur Dioxide will cause your and your child’s airways to constrict, creating chest tightness and coughing and wheezing. Long term exposure causes a number of illnesses and will aggravate asthma.

Carbon Monoxide is a well-known pollutant that is both odourless and colourless. It is produced by open fires, wild-fires, and vehicle exhaust. The compound prevents oxygen reaching your and your child’s organs and tissues, leading to a significant degradation in mental ability, and ultimately leads to death in cases of prolonged exposure.

Nitrogen Oxides comprise of a few Nitrogen-based gases, typically produced by vehicles and industrial emissions, but are also attributed to construction, farming and gardening based activities. When Nitrogen Oxides react with VOCs (Volatile Organic Compounds) in the presence of sunlight, they create ground-level Ozone. When inhaled, Ozone effectively ‘sunburns’ your and your child’s lungs, creating an open wound which is susceptible to infection.  The inflammation will cause you and your child to experience coughing, sore throats, chest tightness, and airway irritation. As the wounds heal, permanent scarring is caused, which permanently reduces your and your child’s lung effectiveness, increasing the potential for a number of respiratory related issues in later life.

Air pollution has both immediate and long term effects. The damage caused may not be fully realised until many years in the future, but an important point to make note of, is if you and your child are exposed to the same levels of air pollution, then it’s important to realise that comparatively, your child is likely to suffer much more than you, both in the short term and in the long run.

What can we as parents do to protect our children? If you think back to our own childhood, consider that air pollution wasn’t as bad then as it is now. Not only does historical data show this, but consider that fewer cars were on the roads, and there were generally less emission sources across the globe. There were not as many aircraft flying overhead, or oil-powered ships on our water ways. We grew up in a world with less industrialised agriculture than we have today, and production from factories was less intense. Due to less demand, we also had fewer power-stations. Today, however, all of these things have greatly increased to generate higher levels of air pollution. Our children are growing up in a world where a greater concentration of toxins contaminate the air we breathe, and as a result, the threat to our children’s health is much more significant than when we were their age. Attempting to turn back the clock and reduce air pollution will be a very drawn-out and costly task, and so we need to take measures to protect our children and ourselves now.

Within the home, air purifiers can be utilised to filter the air we breathe, and ensure our children live in a comparatively safe environment, free of air pollution and the health issues it creates. When outside however, we don’t have the same protection, and the air pollution we encounter from road traffic while walking along the street becomes a significant health problem. For a start, we are not always able to smell the pollutants we are breathing in, so we often think that our exposure to air pollution is relatively small. In other instances, we might think that walking quickly through the fumes to pass them sooner would be a good strategy, but the issue is that the faster we walk, the worse effect air pollution has. A moderate paced walk is enough exertion to drive airborne contaminants deeper into our lungs and into our body, due to an increased respiration rate and deeper breaths. If you commute by bicycle along roads or through the city, then consider your exertion levels while cycling. Greater exertion while breathing in air contaminants causes significantly increased health risks.

In order to combat the issues of outdoor air pollution, anti-pollution face-masks (respiration masks) have been developed to filter out air contaminants. Just like with most things in life, all air-pollution masks are not created equal – there are only a few brands that pass scrupulous testing and provide legitimate protection, provided the wearer wears a mask that is the correct fit. While previous pollution mask designs used to look cumbersome and bulky, advances in technology have created more effective and compacted materials that filter out air pollution, and can be encompassed into more aesthetically pleasing and comfortable mask designs. To this end, however, it is important not to be fooled by ultra-light anti-pollution mask designs, as these do not provide adequate protection.

Photo by Clement Chai on Unsplash