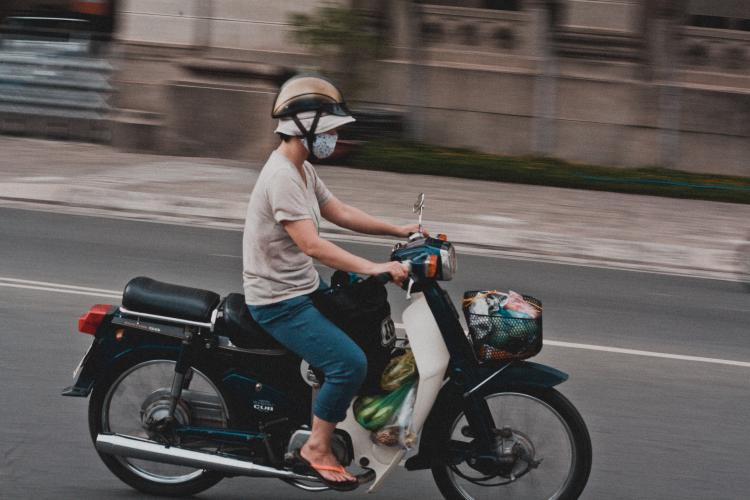 Thick morning winter fog and some heavy smog has forced many Bangkokians into wearing facemasks, even the cheap ones that will nothing to protect them from the fine particulate matter mixed into the air.

People wearing masks became a common sight in inner city areas today. The pollution continued to remain at harmful levels for the fourth straight day today and the situation is likely to remain critical for at least another month due to weather patterns. This time of the year is the lightest winds of the year.

This was not regular winter fog but a potentially deadly cloud of fine dust particles and other air pollutants, according to China-based air-pollution monitoring website.

The site reports that the PM2.5 air-quality index (AQI) in Bangkok this morning reached a peak of 183, an unhealthy level, while some areas such as Bang Khen district were at ‘hazardous’ levels, with PM2.5 AQI at 396.

The site forecast that Bangkok would face harmful levels every morning for the rest of the week because there was little wind.