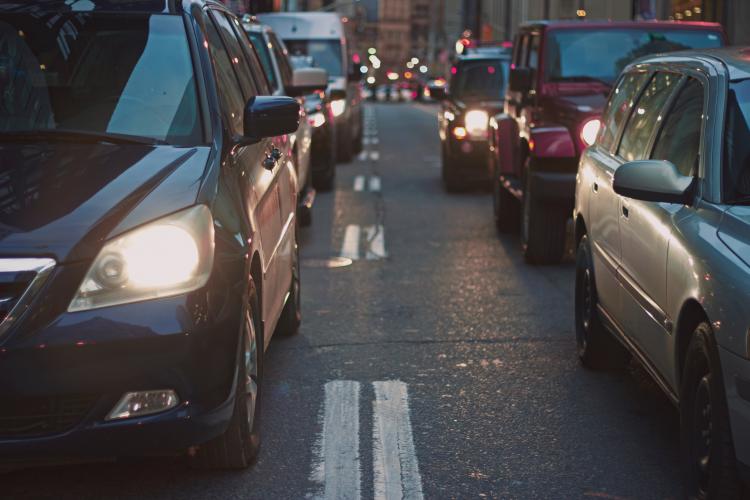 The family of a nine-year-old girl who died from asthma has been given permission to apply for a fresh inquest into her death.

It comes after the government's chief lawyer heard new evidence her death could be linked to unlawful levels of air pollution.

Ella Kissi-Debrah lived close to one of London's busiest roads.

Her mother said she wanted to get to the bottom of the health impact of air pollution on young people.

Mrs Adoo-Kissi-Debrah, a teacher, said: "It's the right decision. Hopefully if we are successful, national government, local government and individuals have to do something about cleaning up the air.

"In two weeks time, Ella would have been 15 years old. This is not going to bring her back, but it will allow us to make sense of why a child who was extremely healthy suddenly got so ill, and focus awareness on what is now a public health crisis.

"It is unacceptable that children in Britain today die from asthma. We need serious measures to clean up the air like diesel scrappage, better public transport and more cycle lanes," she told the WATO programme on Radio 4.

Lawyers acting for the family said it was a "hugely important" step.

Air pollution has never previously been officially recorded on an individual's death certificate.

In August, Ella's mother delivered a 100,000-signature petition to Attorney General Geoffrey Cox calling for a new inquest into her daughter's death.

He said: "I have concluded that there is new evidence which may alter the substantial truth of Ella's death.

"I am therefore able to give my permission for an application to the High Court to request a new inquest, based on the evidential test being met."

She died in February 2013 after experiencing three years of seizures.

An inquest in 2014 found she had died of acute respiratory failure and severe asthma.

However, the attorney general's decision has now paved the way for a new inquest to determine whether "unlawfully high levels of air pollution" were partially the cause of her death.

Human rights lawyer Jocelyn Cockburn, from the firm Hodge Jones and Allen, is acting on behalf of the family.

She described the decision as "hugely strong" and said the implications went far beyond Ella's case.

"A wider inquest would look not just at what happened to Ella and the circumstances into her death, but what steps were taken and what lessons can be learned. To look at the wider implications for children's health in that area," Ms Cockburn said.

"For me, this case gives an opportunity for those people in public office for protecting our health, to be asked questions and to be held to account and to come up with solutions so we can move towards cleaning up the air as quickly as possible."

One of the grounds for calling a fresh inquest was that permitting illegal levels of air pollution was a potential breach of human rights under Article 2 of the European Convention on Human Rights - which protects the right to life.

Ms Cockburn said: "A new inquest could mean that a wide range of "interested parties" could be called to give evidence. This could include the local authority, the Mayor of London along with the local NHS Trust and Defra."

The attorney general's decision followed a report by Prof Stephen Holgate, a leading expert on asthma and air pollution, which found there was a "striking association" between Ella's emergency hospital admissions and recorded spikes in nitrogen dioxide (NO2) and PM10s, the most noxious pollutants.

His report said there was a "real prospect that without unlawful levels of air pollution, Ella would not have died".

Ella often walked to school along the South Circular Road and Lewisham High Street, a journey that would take 30 to 40 minutes. Or she would be driven and have to sit for lengthy periods in traffic jams.

She was first taken to hospital in 2010 after a coughing fit that followed a spike in air pollution levels.

She was subsequently admitted to hospital 27 times over three years. Many of these coincided with recorded peaks in air pollution.

Her mother said she had resuscitated Ella between 20 and 30 times while waiting for an ambulance.

She said that Ella had been treated in five separate hospitals but no medical professional had ever explained that air pollution could be making her asthma worse.

The next legal step is for the application to be taken to the High Court, which will decide whether it is "desirable or necessary" to have a fresh inquest.