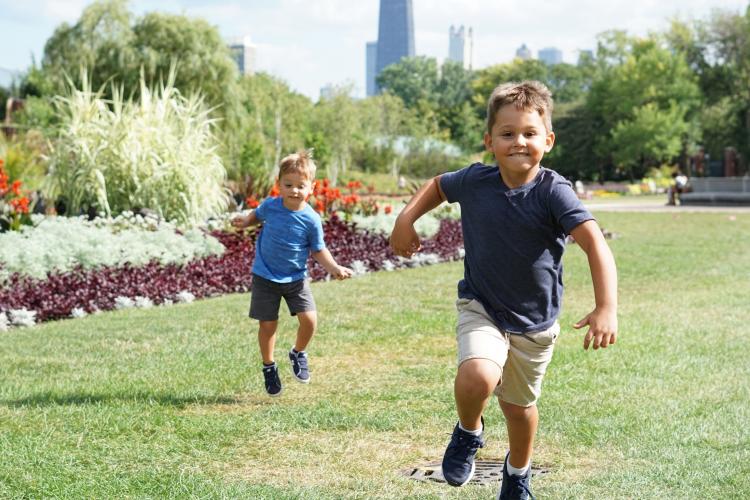 In the winter you can taste and smell the pollution,” says Kylie ap Garth, drinking coffee in a cafe in Hackney, east London. “My eldest is eight and he has asthma. Being outside, he would have a tight chest and cough. I just assumed it was the cold weather. I didn’t realise there was a link to the cars.”

She is not exaggerating. The main road from Bethnal Green tube station is clogged with traffic, the smell of diesel fumes mixing with smoke from barbecue grill restaurants and construction dust. Anyone trying to escape from the roadside to the canal towpath finds only that the fumes are swapped with coal smoke from the canal boats.

“I hadn’t made the connection before either,” says Shazia Ali. “I’m from Birmingham and have lived near main roads all my life. It was leaded petrol that was supposed to be the major thing. I can’t remember people talking about diesel fumes. Then, in 2015, I became pregnant with my third child … my husband and oldest child were diagnosed with asthma, and I read about the Exhale study. Suddenly air pollution came onto my family’s radar.”

The Exhale (Exploration of Health and Lungs in the Environment) study tested the lung volume of eight and nine-year-old children in more than 25 schools in east London, and the findings were shocking. As a result of the high levels of traffic pollution, the children’s lung capacity had been stunted. Dr Ian Mudway, a respiratory toxicologist at King’s College London, said at the time: “The data show that traffic pollution stops children’s lungs growing properly … by eight-to-nine-years-old, children from the most polluted areas have 5-10% less lung capacity and they may never get that back.”

In fact, that research was merely the latest in a long line of studies around the world that had reached the same conclusion: children living near busy roads grew up with stunted lungs. The Californian Children’s Health Study, ongoing since 1993, measures the lung function of thousands of schoolchildren over five-to-seven-year periods. Living within a third of a mile from a motorway was associated with a 2% reduction in lung capacity. In particular, exposure to NO₂ (nitrogen dioxide, a gas that comes from vehicle fumes and boilers) and PM2.5 (tiny particles suspended in the air) damages our lungs and can even enter our bloodstream.

The effects can be devastating, and we are only just beginning to discover their true extent. Last week scientists put the number of early deaths caused worldwide by air pollution at double previous estimates: 8.8 million a year, according to research published in the European Heart Journal, meaning toxic air is killing more people than tobacco smoking.

In 2014, like Kylie and Shazia, I didn’t know much about air pollution. I had just become a father when, living in London at the time, an Evening Standard headline caught my eye: Oxford Street had the worst diesel pollution in the world. This came as a surprise: the shopping street where I took my daughter to pick out her first pram had some of the most polluted air on Earth.

We had sleepwalked into a public health crisis. And not just in the UK, but across the world. The 2015 smog in Beijing was so bad that it was dubbed the “Airpocalypse”. Pictures circulated on social media of Beijing students sitting their exams so couched in smog that they could barely see the neighbouring table. The toxic smog that covers Delhi every Diwali now lasts for months at a time.

Eventually, in the summer of 2016, my young family and I left London and moved to semi-rural Oxfordshire. I felt the relief of escape. I could breathe easy. The first time my daughter went out into our new garden at night, she asked what all the lights in the sky were. Twinkle Twinkle Little Star was no longer an abstract concept. But I also felt a sense of defeat. Had I taken the easy way out? Shouldn’t I have stayed and fought for change?

Parents who did just that include Jemima Hartshorn and Phoebe Quayle. In April 2017 Hartshorn founded a group called Mums for Lungs while she was on maternity leave and living in Brixton. She formed a core group of 10 volunteers, including Quayle, plus a legion of footsoldiers handing out flyers across London.

Mums for Lungs campaigned for the Ultra Low Emission Zone (the ULEZ, which will begin on 8 April), to replace diesel buses with hybrid or EV, to improve walking and cycling infrastructure, and spread awareness – not just about traffic but household log burners, too.

When I speak to Quayle on the phone, she is pushing her toddler in a buggy near the South Circular road, south London. “If you walk around here in the evenings it’s like walking through a bonfire,” she says. “A friend of mine has a [pollution] monitor in their house. They have a stove that they rarely use, so they lit it for an experiment … the monitor went mental, and it wasn’t even in the same room … But people get defensive, like ‘how dare you say I can’t have a wood-burning stove?’”

She feels that the enforcement of existing clean air laws is sorely lacking. “It’s kind of outrageous that it takes a small group of campaigning mums to be left to tell residents about this … We need a massive public health campaign.”

In Hackney, ap Garth and Ali have also been taking matters into their own hands. Ali runs a volunteer organisation called I Like Clean Air, while ap Garth campaigns for safer streets around the schools in her area. Last summer, as a result of her work, her son’s primary school became one of five to pilot school street zones. A school street turns the roads around a school into bus- and bicycle-only areas during drop-off and pick-up times. The idea began in Edinburgh in 2015 and has since spread to a handful of schools in London and Birmingham.

After we finish our coffee, I join ap Garth on the school run. It is not yet 3pm but already the roads are noticeably quiet. The school street being trialled here runs from 8.30am to 9.15am and 3.15pm to 4pm, with a longer restriction on the road immediately in front of the school gate from 7-10am and 3-7pm. “This road used to be incredibly different,” says ap Garth. “At pick-up time, traffic would be backed up all along this road and nearby roads. The traffic would be all the way down.”

Today, by contrast, feels like a bank holiday – not a typical Tuesday in March. “It used to be car car car car … every second a car. Now, occasionally you see a car … And have you noticed how we can talk to each other? We don’t have to shout over traffic. You see the difference it makes to everyone’s moods.” She points to a CCTV-like camera on a pole that automatically fines any offending vehicle, using number-plate recognition: “Any car that goes past that will automatically be fined. If you drive through [the school gate restriction] it will be £65 – if you then drive through the school street, it will be another £65.”

The difference it will make to pollution levels and children’s lungs will be huge, too. Scientists now know that pollution is all about exposure – how close we are to the traffic or the smoke source. Small children and babies in buggies are literally sitting at head-height to the exhaust pipes; with smaller lungs, they also breathe it in more rapidly.

Even a few metres of separation can make a big difference. The very smallest pollution particles, known as nanoparticles, are linked to the worst health effects: the more you breathe in, the greater the danger to your health. An experiment in London found the difference between walking beside the road on a pavement, and walking on the building side of the same pavement, was 163,000 particles per cubic centimetre versus 33,000 particles per cubic centimetre – in effect, breathing in five times the number of nanoparticles, as a result of the proximity to traffic.

Better yet is walking or cycling on roads with no cars at all. It seems an impossible dream – but ap Garth shows me it’s not. My walk to my daughter’s school now, in semi-rural Oxfordshire, involves two roads full of rush-hour traffic. Yet here in Hackney, one of the UK’s most densely populated areas, the walk to school could now be safer – not just from nanoparticles but also in terms of traffic accidents – than my daughter’s.

Change can be achieved if people come together and demand it. Air pollution isn’t a London-only problem, or even a big-city problem. It’s an “anywhere with cars and smoke” problem. The answer isn’t to ban cars but it is to reduce exposure and to protect the most vulnerable.

I wave goodbye to ap Garth and her children at the school gate and walk to the nearest main road: Mare Street. Now out of the exclusion zone, I am immediately back into a typical throng of London traffic, cars in a long line, two abreast, moving in slow, miserable procession to the tune of police sirens and the throbbing bass of diesel lorries. This, according to ap Garth, is how the road to school used to be. A level of pollution you can smell. A level of pollution that stunts children’s lung growth, causes heart disease in their parents, and – some suspect – dementia in their grandparents. And yet, as I have seen, there is another way.

Via Deadly air in our cities: the invisible killer

Photo by Jessica To'oto'o on Unsplash