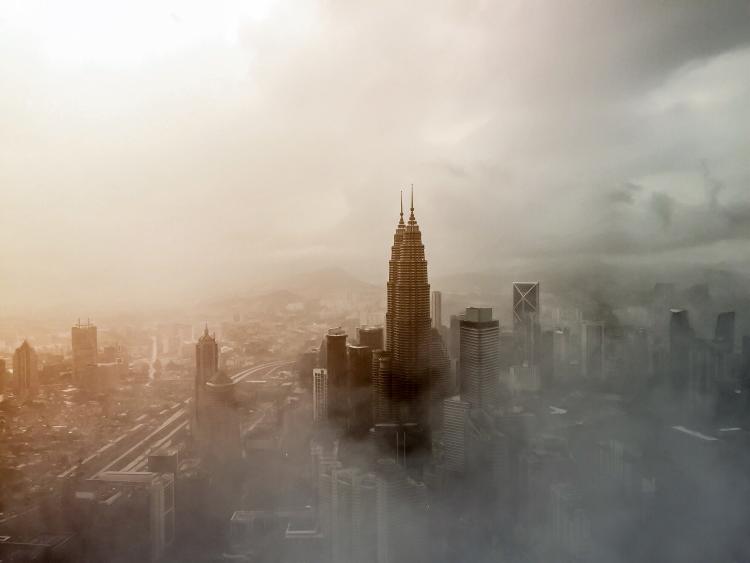 Rising temperatures increase the concentration of aerosols in the atmosphere that cause air pollution, according to a study which highlights another disturbing effect of climate change.

While climate change is warming the ocean, it is warming the land faster, which is bad news for air quality all over the world, according to researchers from the University of California, Riverside in the US.

The study, published in the journal Nature Climate Change, shows that the contrast in warming between the continents and sea, called the land-sea warming contrast, drives up the aerosol concentration in the atmosphere.

Aerosols are tiny solid particles or liquid droplets suspended in the atmosphere. They can come from natural sources, like dust or wildfires, or human-made sources such as vehicle and industrial emissions.

Aerosols affect the climate system, including disturbances to the water cycle, as well as human health. They also cause smog and other kinds of air pollution that can lead to health problems for people, animals, and plants.

"A robust response to an increase in greenhouse gases is that the land is going to warm faster than the ocean. This enhances land warming is also associated with increased continental aridity," said Robert Allen, an associate professor at UC Riverside.

The increase in aridity leads to decreased low cloud cover and less rain, which is the main way that aerosols are removed from the atmosphere.

To determine this, the researchers ran simulations of climate change under two scenarios. The first assumed a business-as-usual warming model, in which warming proceeds at a constant, upward rate.

The second model probed a scenario in which the land warmed less than expected.

In the business-as-usual scenario, enhanced land warming increased continental aridity and, subsequently, the concentration of aerosols that leads to more air pollution.

However, the second model -- which is identical to the business-as-usual model except the land warming is weakened -- leads to a muted increase in continental aridity and air pollution.

Thus, the increase in air pollution is a direct consequence of enhance land warming and continental drying.

The results show that the hotter Earth gets, the harder it is going to be to keep air pollution down to a certain level without strict control over the sources of aerosols.

Since the researchers wanted to understand how greenhouse gas warming affects air pollution, they assumed no change to human-made, or anthropogenic, aerosol emissions.

The research suggests that if the planet keeps warming, larger reductions in anthropogenic aerosol emissions will be required to improve air quality.

Unless anthropogenic emission reductions occur, a warmer world will be associated with more aerosol pollution.