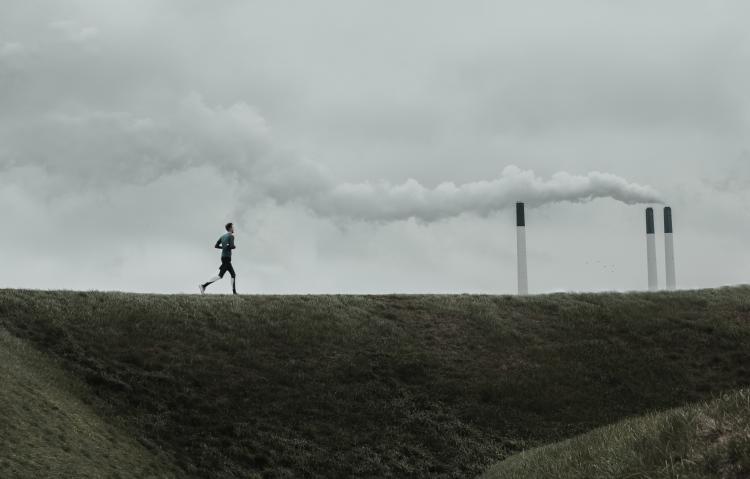 This article originally appeared on virginmediatelevision.ie

As fears around air pollution rise, this year’s Clean Air Day (June 20) highlights how we can all do our bit to help tackle the problem.

You can’t see toxic air, but it’s all around us.

From smog hanging over cities to streets filled with car emissions, air pollution is one of the biggest environmental threats to our health, and it comes from lots of different man-made sources.

The World Health Organisation (WHO) estimates that over 70% of UK towns and cities have unsafe levels of air pollution, while around 4.2 million premature deaths globally are linked to outdoor air pollution, which is associated with serious health issues like heart disease, stroke and lung cancer.

But what exactly is air pollution, and do we really need to worry? Here, experts explain…

What exactly is air pollution?
In simple terms, an air pollutant is any substance in the air that could cause harm. Tiny pollutants that are too small for the naked eye to see can evade our body’s defences when we breathe them in, damaging our lungs, heart and brain.

“Air pollution is made up of a number of things, such as gases and particles in the air,” explains Vanessa Smith, senior cardiac nurse at the British Heart Foundation (bhf.org.uk).

She explains there are a variety of different pollutants in the air. “The ones we talk about the most in the UK include nitrogen oxides, sulphur dioxide, non-methane volatile organic compounds, ammonia and tiny particles known as ‘particulate matter’.”

It can affect anyone of any economic background too – in fact, some of the UK’s most expensive postcodes have the highest levels of air pollution.

“Pollution can come from natural sources such as pollen and soil, but it’s often caused by emissions from vehicles (such as from petrol or diesel engines), dust from the road, construction work or burning fossil fuels,” explains Dr Kathryn Basford at UK-based online doctor Zava UK (zavamed.com).

Not only is air pollution harmful to health, it’s also bad for the environment. It has close links to climate change, as burning fossil fuels such as coal and oil releases a variety of chemicals into the atmosphere, including greenhouse gas carbon dioxide.

Being exposed to polluted air for longer periods can cause more serious health problems too.

“There is strong scientific and medical evidence that short and long-term exposure to air pollution can negatively impact on human health by increasing the risk of morbidity and mortality,” says Dr Antonio Peña-Fernández, a senior lecturer in biomedical and medical science at De Montfort University (dmu.ac.uk).

Peña-Fernández explains that air pollution is now believed to be the leading environmental cause of early death in the UK.

“Studies have found that people that breathe contaminated air can develop different conditions including cardiovascular and respiratory conditions, and enhance the likelihood of developing chronic diseases such as cancer, neurodegenerative diseases or diabetes,” he says.

Why is it bad for health?
On days when the air pollution is particularly bad, breathing it in can irritate the eyes, nose and throat, cause shortness of breath, make asthma symptoms worse and possibly affect the heart and cardiovascular system.

Air pollution can disperse widely, so it’s a myth that you can avoid it in the countryside, as you don’t necessarily have to be at the centre of the source to be affected by it.

In the UK, Public Health England has attributed 28,000-36,000 deaths a year to long-term exposure to air pollution. And while anyone can be affected, children and the elderly are particularly vulnerable to air pollution issues.

“When pollution is high, I’d advise people – and particularly those with lung conditions such as asthma – to avoid exercising outdoors, particularly in the evening when the pollution has had a chance to build up,” agrees Basford.

“Keep windows and doors closed, and keep your car windows shut, especially if you’re stuck in traffic. If you have asthma, carry an inhaler at all times and take an antihistamine if pollen levels are high.

“If you find you’re using your reliever (blue) inhaler more than three times a week, you should speak to your GP or asthma nurse about whether you need to start a preventer inhaler, or increase the strength if you’re already using one.”

How can you protect your health from air pollution?
Knowledge is key. It’s important to regularly monitor the air pollution level around where you live and work, especially if you have asthma or a circulatory condition.

“The Government’s UK-AIR website (uk-air.defra.gov.uk) has a daily pollution forecast, which tells you if air pollution levels in your postcode are low, moderate, high or very high,” says Smith.

Pollution can make you more likely to react to your usual asthma trigger, such as house dust mites and pollen, so it’s wise to invest in special hypoallergenic fabrics around the home, says Peña-Fernández.

Air pollution is something that the government will aim to tackle over the next few decades, with the UK pledging to become a carbon neutral country by 2050.

On an individual level meanwhile, there are measures we can all take to help reduce our own carbon footprint and challenge the air pollution problem at the same time. Opt for energy-efficient light bulbs, use electricity from environmentally-friendly sources where possible and keep your vehicles properly tuned. Better yet, make use of public transport or try cycling or walking to work – it’s better for your physical health and much more pleasant than getting stuck in that Monday morning traffic jam.

Via Clean Air Day: What exactly is air pollution and how is it damaging our health?