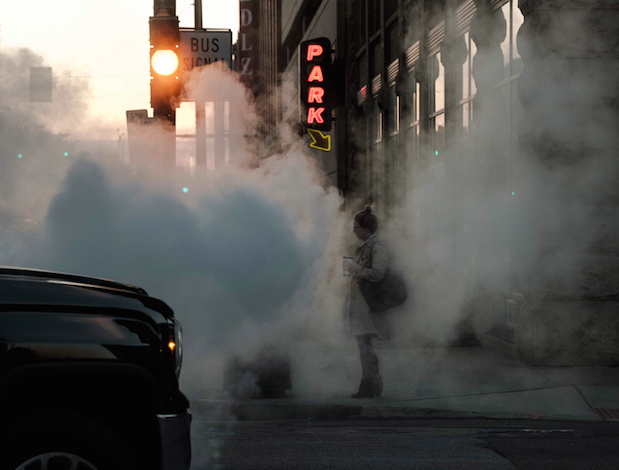 This article originally appeared on ipsnews.net

While there have been efforts in major cities to combat the grave effects that pollution can have on the overall health of its citizens, there is still much more to be done before we can stop worrying.

Karen Beck Pooley, a Professor of Practice of Political Science and the Director of Lehigh University's Environmental Policy Design program, told IPS: "One thing that we've always known but we haven't paid as much attention to until fairly recently is the degree to which people's immediate environments affect their health."

The importance of recognizing air pollution as a prevalent problem was emphasized by the theme of the recent 2019 World Environment Day, with official celebrations held in this year's host country, China.

Additionally, reports such as the one released recently in Sarajevo, and titled "Air Pollution and Human Health: The Case of the Western Balkans", highlighted the adverse effects on the public.

Talking on the implications of air pollution, Catriona Brady, Head of the World Green Building Council's Better Places for People campaign told IPS that, "air pollution is considered to be the biggest environmental threat to human health today."

"Research shows that over 90% of people across the world are exposed to unsafe levels of air pollution, which includes both the population in big cities and small communities. The effect this pollution has on citizen health is quite horrifying - studies suggest that almost every organ of the human body can be affected by toxic airborne particles, and this is resulting in an approximate 7 million premature deaths each year."

Pooley notes that the actual planning of cities can have an impact on the amount of pollution produced, saying that, "The way we build our cities and the way people organize their lives in them, affect how much we need car travel or truck traffic. Or environmentally dirty things that we need like trash facilities and where these things are located and who is living in the midst of the effects of those things."

While there are positive plans, such as Canadian Prime Minister Justin Trudeau's decision to phase out coal usage in his country by 2030 or Kenyan President Uhuru Kenyatta's plan to ban single-use plastics from being used in the country's national parks, there are also efforts being made on both smaller and larger scales worldwide.

Pooley observes that "At the moment, most of the environmental conservation work and attempts to reduce greenhouse gas emissions and things of that nature are coming from cities."

Brady says that her organization, "has embarked on a global 'Air Quality in Build Environment' campaign, in partnership with the Climate and Clean Air Coalition.

"With this work, we've been raising awareness about the role of buildings and cities in generating emissions and air pollution, both inside and outside of buildings, and highlighting strategies that can be valuable to mitigate these. Step one is monitoring - as we can't reduce what we can't measure."

She also added: "We're advocating for the rollout of air quality monitors to provide detailed data on emissions across the world. With this data, we're equipped with the necessary information to lobby our policymakers to make changes needed to clean up our energy grid, buildings, and air quality."

Pooley states that citizens can make small changes that will be helpful as well. "Cutting down on car travel can be a big help because so much pollution comes from cars. So, the more places that are walkable and bikeable and the more trips that are made by something other than cars, the less pollution we'll have."

Day to day actions can be quite helpful but having policies put in place may also help deter the harmful effects that poor air quality is having on the lives of those who inhabit such areas.

Brady suggests something similar, while also maintaining that citizen action is important. Policy initiatives - such as the recent London Ultra Low Emission Zone - can help catalyze action towards clean air.

"But the role of the citizen is also important; reducing the emissions from our lifestyle in terms of energy consumption and choices, diet, and transport methods are all achievable for the individual," said Brady.

"And if you're worried about being exposed to pollution by cycling or walking to work, then it's worth knowing that you're generally exposed to far higher levels of pollutants in a car in traffic or in an underground system!" Commuters can also protect their health by wearing N99 level air pollution masks, like this Vogmask mask, that filter out 99% of pollutants found on roadways and in polluted environments.

With world leaders proposing plans to help deter ruinous environmental effects and with cities implementing new policies to help out, it is clear that progress is being made in helping to create cleaner environments to live in."

Photo by David Lee on Unsplash