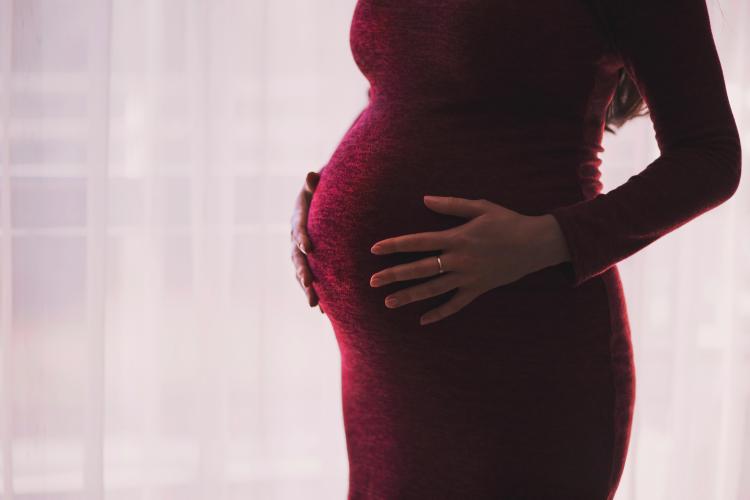 Microscopic particles in air pollution inhaled by pregnant women may damage fetal cardiovascular development, according to a study by Rutgers researchers.

The study, published in the journal Cardiovascular Toxicology, found that early in the first trimester and late in the third trimester were critical windows during which pollutants most affect the mother's and fetus' cardiovascular systems.

"These findings suggest that pregnant women, women of child-bearing years who may be pregnant and those undergoing fertility treatments should avoid areas known for high air pollution or stay inside on high-smog days to reduce their exposure," said Phoebe Stapleton, assistant professor at Rutgers Ernest Mario School of Pharmacy and a faculty member at Rutgers Environmental and Occupational Health Sciences Institute. "Pregnant women should also consider monitoring their indoor air quality."

What a mother inhales affects her circulatory system, which is constantly adapting to supply adequate blood flow to the fetus as it grows. Exposure to these pollutants can constrict blood vessels, restricting blood flow to the uterus and depriving the fetus of oxygen and nutrients, which can result in delayed growth and development. It can also lead to common pregnancy complications, such as intrauterine growth restriction.

The study looked at how the circulatory systems of pregnant rats and their fetuses were affected by a single exposure to nanosized titanium dioxide aerosols -- a surrogate for particles found in typical air pollution -- during their first, second and third trimesters. The results were compared to pregnant rats that were exposed only to high-efficiency filtered air.

The researchers found that exposures to pollutants early in gestation significantly impact a fetus's circulatory system, specifically the main artery and the umbilical vein. Later exposure had the most impact on fetal size since the restricted blood flow from the mother deprives the fetus of nutrients in this final stage.

In non-pregnant animals, even a single exposure to these nanoparticles has been linked to impaired function of the arteries in the uterus. The study found that one exposure late in pregnancy can restrict maternal and fetal blood flow, which can continue to affect the child into adulthood.

"Although nanotechnology has led to achievements in areas such as vehicle fuel efficiency and renewable energy, not much is known about how these particles affect people at all stages of development," said Stapleton.

By 2025, the annual global production of nanosize titanium dioxide particles is projected to reach 2.5 million metric tons. Besides representing the very small particles found in air pollution, titanium dioxide also is commonly used in many personal care products including sunscreens and face powders.

Photo by freestocks.org on Unsplash