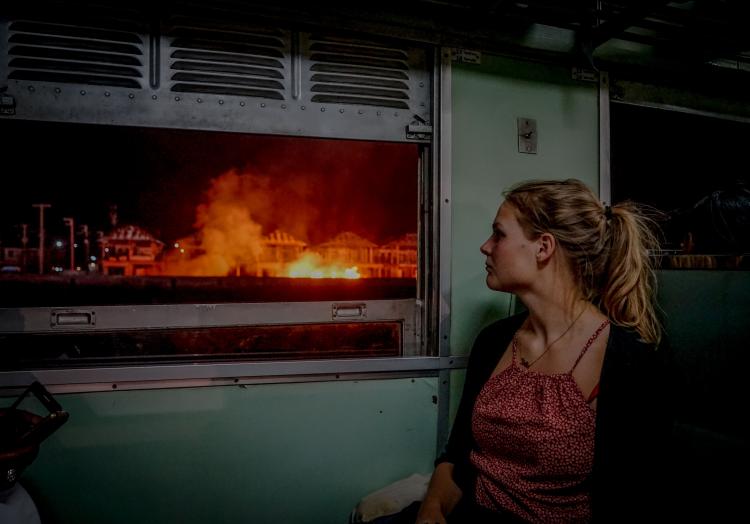 "I heard a pundit on TV say that the way we can "Make America Great Again" is by reducing air pollution as it's making us dumb. Is there any truth to this?"

Unfortunately for the 40 percent of Americans (and 90 percent of the inhabitants of the rest of the world) who live in regions with air quality below healthy standards, it is true that air pollution can take a toll on our cognitive abilities.

A collaborative study by American and Chinese researchers in September 2018 found that “long-term exposure to air pollution impedes cognitive performance in verbal and math tests” with verbal performance specifically trailing off further as we age, especially for men. Researchers derived the findings after analyzing language and arithmetic tests taken by 20,000 Chinese kids and adults between 2010 and 2014 correlated against shifting levels of airborne pollution.

“Polluted air can cause everyone to reduce their level of education by one year, which is huge,” reports Xi Chen, a Yale professor and a co-author of the study. He adds that for the elderly, the effect can be more like a few years of lost education. “The damage on the aging brain by air pollution likely imposes substantial health and economic costs, considering that cognitive functioning is critical for the elderly for both running daily errands and making high-stake decisions.”

But it’s not just the elderly who should worry about air pollution making them dumber. A January 2018 study by researchers at the University of Southern California (USC) and University of California, Los Angeles (UCLA) tracked more than 1,300 pre-teens living in and around Los Angeles over a 12-year period and linked repeated exposure to higher levels of airborne particulate matter (from car exhausts and factory smokestacks) with lower “Performance IQ” scores that measure our ability to solve problems we’ve never encountered. For every increase of 2.5 micrograms per cubic meter in particulate matter pollution surrounding the teens’ homes, performance IQ scores dropped by one point. The teens living in the most polluted areas saw about a three point drop on average.

The researchers point out that lower IQ is related to reduced earning power over a person’s lifetime—as well as poorer mental and physical health. The upshot is that reducing air pollution can have a significant effect on the lives of the 130 million Americans disproportionately exposed to bad air on a regular basis.

“I think our study adds to growing evidence that the neurotoxicity of air pollution decreases the nation’s mental capital,” says senior study author and USC professor Jiu-Chiuan Chen. “For anyone who wants to help America succeed in the global competition of the knowledge economy, relaxing the air pollution regulations will very likely do the opposite.”

You can help minimize air pollution. Start by trading the gas guzzler for a hybrid or electric car (or even better, a bike or a pair of good walking shoes and a transit pass). Go solar at home or, if you can’t, ask your utility if they offer a “green power” option. And don’t forget to urge your elected officials to introduce and support legislation aimed at reining in air pollution locally, regionally and beyond.

Via Is air pollution making us dumb?

Photo by Aaron Thomas on Unsplash