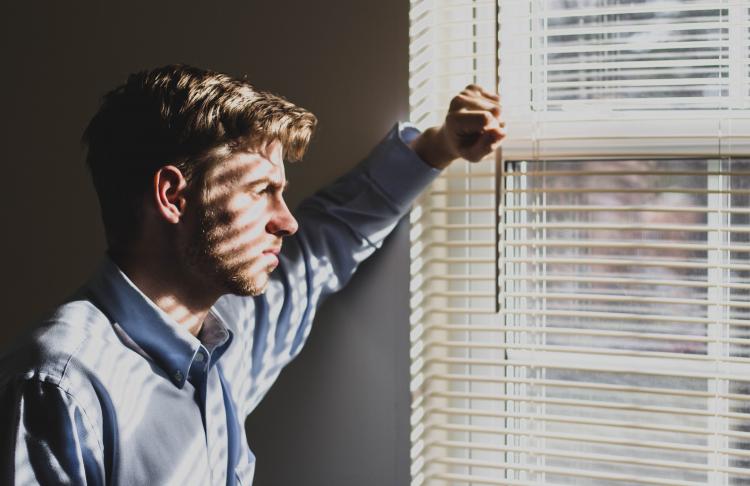 Nine out of ten people worldwide breathe polluted air daily, according to the World Health Organisation (WHO).

That means 91% of the world’s population are living in places where air quality exceeds guideline limits.

Air pollution is thought to directly cause the deaths of around 7 million people per year, mostly in Asia and Africa.

25% of heart disease, 24% of strokes, and 43% of lung disease and lung cancer deaths could be "attributed to air pollution", according to WHO.

Cities in India and China accounted for many of the worst culprits, but Europeans are also affected by the phenomenon.

Exposure to particulate matter (PM) has decreased the life expectancy of every person on the continent by an average of almost 1 year, mostly due to increased risk of cardiovascular and respiratory diseases, and lung cancer, according to WHO.

The organisation also said that if air pollution in European cities was reduced below the air quality guideline levels, people would live longer — in some cases by almost 2 years.

Geography also played a factor — air pollution in Bucharest, Romania added 22 months to a residents life, while in London, UK, this figure was 2.5 months.

Around 40 million people in the 115 largest cities in the European Union (EU) have been exposed to air exceeding WHO air quality guideline values for at least one pollutant.

Children were said to some of the most at risk — living near roads with heavy traffic doubled respiratory problems.

Additionally, exposure to air pollution during pregnancy was associated with low birth weight and premature birth.

Jonathan Grigg, professor of paediatric respiratory and environmental medicine at the Queen Mary University of London, told Euronews that air pollution was likely to worsen the condition of already vulnerable individuals.

“Air pollution is likely to speed up the reduced lung-function in people who already have respiratory issues, especially in children,” said Grigg. “We estimate in the UK, air pollution leads to 20,000-40,000 premature deaths a year.”

The European Lung Foundation (ELF) said air pollution can be as dangerous as smoking and living along a busy road carries about the same risk as passively smoking 10 cigarettes per day.

For those thinking that staying inside will mitigate the risk of air pollution, think again.

Nonetheless, the European Lung Foundation encouraged Europeans to pursue outdoor activities and said the benefits of exercise outweigh the risks of air pollution. The EFL also said people can reduce their air pollution exposure by choosing back roads, exercising in green spaces, and avoiding exercise during rush hour.

Which parts of Europe are the most polluted?

The WHO statistics showed that Eastern Europe — particularly Balkan countries — is considered the continent’s most polluted region.

The area’s industries, such as brown coal mining, contribute to its struggle with air pollution. Inefficient, older, pollutant vehicles on the roads intensify the environmental problem for Eastern Europe.

The Republic of North Macedonia was considered one of the most polluted European nations with the PM10 levels in some cities exceeding the recommended concentration.

The most polluted urban area in all of Europe was the city of Tetovo in the Balkan country.

Skopje, the capital city, has been listed by the World Health Organization as the second most polluted city in Europe with the highest concentration of harmful fine particulate matter (2.5) in the air.

PM2.5 is considered an invisible killer because it is so tiny that it can pass through body armour.

Bosnia and Herzegovina also houses cities that topped Europe’s most polluted, most notably the city of Tuzla.

In Poland, air pollution caused the premature death of around 50,000 people every year.

According to WHO, the country was home to nearly half of the top 30 most polluted cities in Europe, starting with the cities of Zywiec and Pszczyna. One of the leading causes of Poland’s battle with air pollution is the countries longstanding ties to coal.

The life expectancy in Eastern Europe is much lower than its western neighbours.

According to Statista, life expectancy among males in Eastern Europe is 69-years-old, nearly 10 years less than the Western average age for males of 79.

Females in the eastern block live, on average, to 78, still below the Western European average of 84-years-old.

Professor Grigg told Euronews this difference in life expectancy could be related to Eastern Europe's higher prevalence of smokers.

Grigg, who is also the head of the European Respiratory Society Assemblies, said that cigarette smoke is the worst chemical that can enter the lungs and could speed up the effects of air pollution by a factor of 10.

Itlay is considered statistically the most polluted country in Western Europe, with Naples, Turin, Rome and Milan all in the top 30 most polluted cities.

What is air pollution made of and how can we reduce it?

One of the main proponents of air pollution is particulate matter.

PM is the combination of solid and liquid particles suspended in air — many of which are hazardous.

This mixture includes both organic and inorganic particles, such as dust, pollen, smoke, and liquid droplets.

It can either be directly emitted, for instance when fuel is burnt, or indirectly formed, like when gaseous pollutants previously emitted to air turn into particulate matter.

To combat this, WHO encouraged countries to regulate dirty emissions and ban polluting vehicles. For everyday life, WHO said people can fight back to reduce air pollution by not burning waste, recycling, and making cycling part of their daily routine.

Via Air pollution knocks almost one year off the average European's life: WHO

Photo by Ethan Sykes on Unsplash