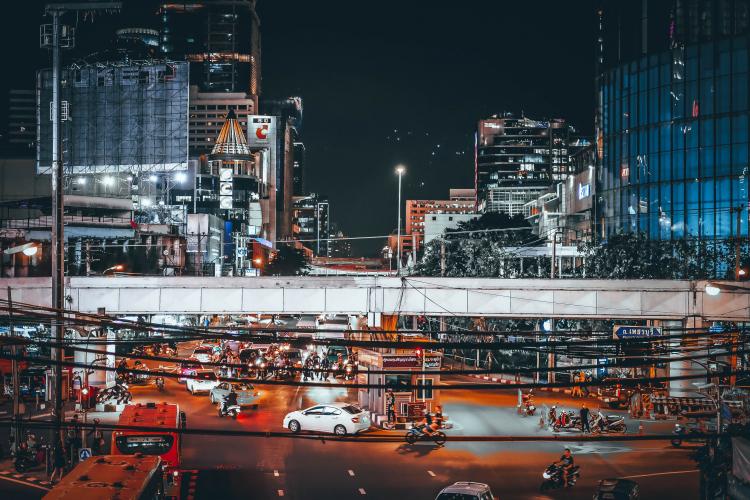 BANGKOK (BLOOMBERG) - Every time Bangkok fruit seller Veerachai Roopsuwanakul tries to buy an air purifier, he gets the same response: "Out of stock."

"We never imagined the air could get so bad," said Veerachai, who now wears a face mask to filter out dust. "We can't find a purifier in shops or online."

The Thai capital is grappling with a second year of spiking seasonal air pollution, prompting people to snap up so many filters and masks that supplies are dwindling.

Residents fear a long battle lies ahead to keep the toxic smog at bay, signalling growing opportunities for purifier makers such as Sharp or mask manufacturer 3M in the city of roughly 10 million people.

"As you can see from our websites and stores, our air purifiers are all sold out," said Yol Phokasub, president of Central Group, which owns Thailand's top developer of shopping malls.

Other local retailers, such as Berli Jucker and Home Product Centre, are also unable to keep up with demand.

Last week, Thai authorities shut hundreds of schools after a sharp drop in air quality. Bangkok at one point had the fourth-worst smog globally among major cities, based on an index compiled by startup monitoring firm IQAir AirVisual.

While the pollution problem isn't as bad as in places like New Delhi, haze awareness spread rapidly among Bangkok's residents this year.

More than 2 million people are tracking Bangkok on the IQAir AirVisual app, compared with about 80,000 for the Indian capital.

"The surge of interest from Thailand started around Jan 21," said Kelsey Duska, the startup's marketing manager. "Since then, Thailand has been the country generating the most interest in terms of app usage and sales of air quality monitors."

A rattled Thai military government is stepping up oversight of the worst polluters, such as factories.

Weather patterns, vehicle fumes, construction dust and the burning of both trash and crops have also been blamed for the haze.

"Manufacturers are going to be under pressure to do better on pollution," said Chayo Trangadisaikul, executive director of the Federation of Thai Industries. "Firms offering technology for environmental upgrades may see huge opportunities."

While some businesses may benefit from demand for products that fight smog, the metropolis as a whole is at risk of being the big loser.

Bangkok is the world's most-visited city and relies on tourism for economic growth, but the haze may repel visitors.

Tourism has not been affected yet, but air pollution could have some impact if the problem drags on, the Bank of Thailand said last week.